(Summary description)Brazing is to use a metal material with a lower melting point than the workpiece as the brazing material.

(Summary description)Brazing is to use a metal material with a lower melting point than the workpiece as the brazing material.

The seam formed when welding joins two connected objects is called a weld. Both sides of the weld seam will be subjected to welding heat during welding, and the structure and properties will change. This area is called the heat affected zone. Due to different welding materials and welding currents during welding, overheating, embrittlement, hardening or softening may occur in the weld and heat affected zone after welding, which also reduces the performance of the weldment and deteriorates the weldability. This requires adjustment of welding conditions. Pre-heating of the weldment interface before welding, heat preservation during welding, and post-weld heat treatment can improve the welding quality of the weldment.

Scan the QR code to read on your phone

Definition and performance of flux

A substance that can be melted to form slag and / or gas during welding, and has the function of protecting and metallurgical physical and chemical protection of molten metal.
2019-12-26 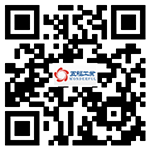